We’re celebrating half a century of mini kegs! European Malt Company introduced the mini keg to the UK market 22 years ago. They are still going strong as a low investment, profitable package for draught beer and cider at home. 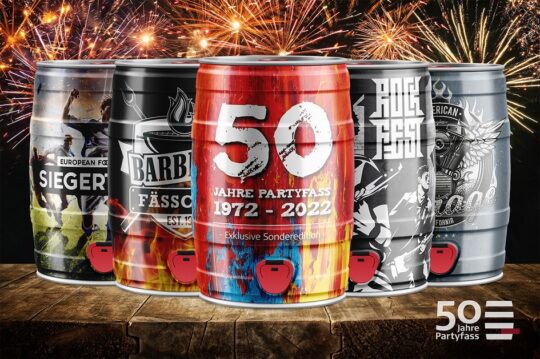 The five-litre ‘party barrel’ – also called ‘Mini Keg’ (renamed by Jayne in 2010) – is a success story ‘Made in Germany’. This year the 5 litre mini keg celebrates its 50th birthday.

Master bottler Karl Huber founded the Huber company (now Envases) in Öhringen but at that time Karl Huber did not think about making beer barrels for breweries. The Huber company produced packaging made of sheet metal, mostly simple buckets for wagon lubrication, which were closed with a wooden lid. It was not until 1972 that Huber’s grandson Otto Meister developed the first small beer keg with a volume of five litres. This made Huber Verpackungswerke the first tinplate packaging manufacturer in the world to give a cylindrical can body the typical barrel shape and thus lay the foundation for the history of the party barrel. You can view a video of the production process from our home page: www.europeanmalt.com 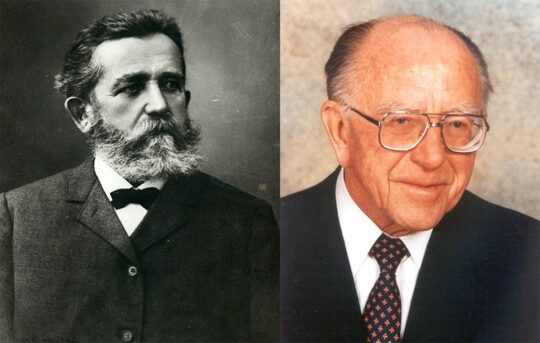 From left to right: Karl Huber, company founder and Otto Meister, inventor of the party barrel

Over the next two decades, the party barrel would enjoy great popularity in Germany. Almost every large brewery fills its beer into one of the barrels from Öhringen. The customers love the feeling of enjoying a freshly tapped beer at home. The tapping was not always as convenient as it is today. You had to attach a tapping mechanism.

The history of the mini keg: The integrated tap was invented in 1998!

Originally it was necessary to use attachments to get the beer out of the mini keg and this was not without its problems including impressive beer fountains that made for sticky living room carpets at parties! In the UK many will recall the novelty and challenge of the Watneys party barrel ! Because the market for the 5 litre keg increased in popularity, in 1998 Huber introduced the new 5-litre party barrel with integrated tap! Together with the Warsteiner brewery, a major advertising campaign was launched. 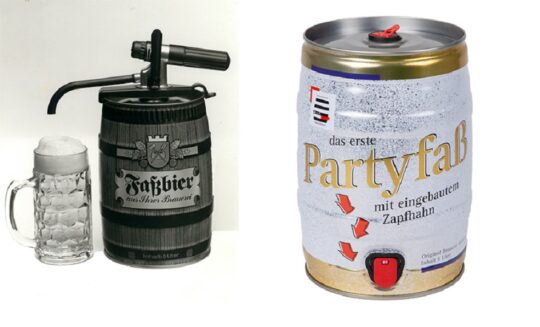 In 1998, just a few weeks after the World Cup, the construction of the new plant for Mini Kegs at Huber’s headquarters in Öhringen began. This entrepreneurial decision made it possible for the first time to produce enough barrels to supply international exports. The demand for the innovative Mini Kegs from Germany was also high abroad and more and more breweries wanted to enable their customers to enjoy their freshly tapped beer at home. 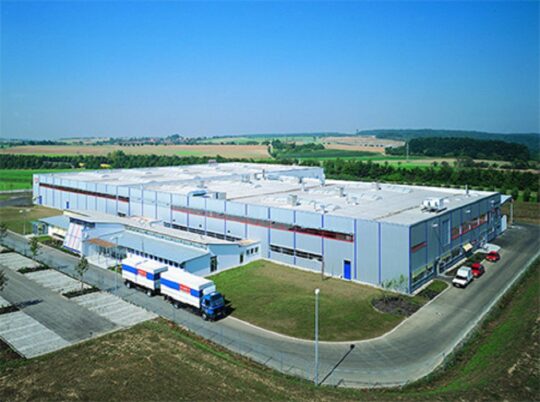 50 years of 5-litre barrels: Envases special edition for the anniversary!

“We are proud of our party barrel, which is why we are celebrating this year’s anniversary not only with our customers, but also with our employees,” reveals Peer Brämer, Head of Sales at Envases. For the round birthday, the marketing team has created a very special barrel. The new party barrel in 50 years of design not only looks great, but is also filled with delicious beer. “Our employees will be able to purchase our strictly limited anniversary barrel in our canteen from September.” In addition, further actions are planned. “As the inventor of the beer keg, we naturally want to celebrate this great anniversary,” says Brämer. 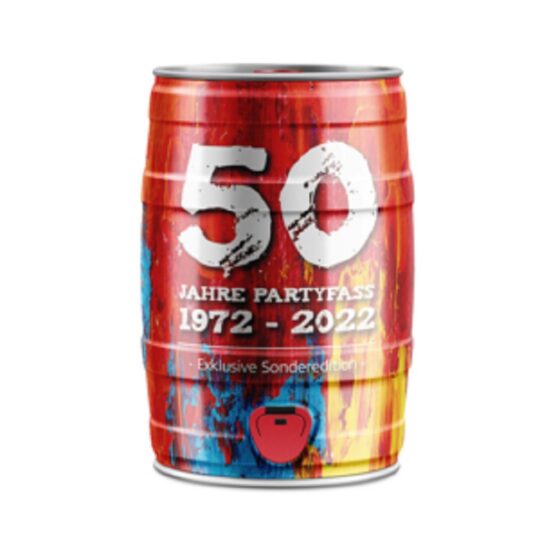 European Malt Company Ltd looks forward to supplying the UK and Ireland for the next half century of mini kegs!

Sign up for the latest news from European Malt